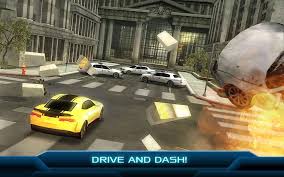 Godzilla is a 2014 American science fiction monster film directed by Gareth Edwards. It is a reboot of the Godzilla film franchise and retells the origins of Godzilla in contemporary times as a

“terrifying force of nature”.[5] The film is set in the present day, fifteen years after the unearthing of two chrysalises in a mine in the Philippines. From the pods come two giant radiation-eating creatures, known as “MUTOs“, which cause great damage in Japan, Hawaii and the western United States. Their awakening also stirs a much larger, destructive, ancient alpha predator known as “Godzilla“, whose existence has been kept secret by the U.S. government since 1954. It stars Aaron Taylor-Johnson, Ken Watanabe, Elizabeth Olsen, Juliette Binoche, Sally Hawkins, David Strathairn, and Bryan Cranston. The screenplay is credited to Max Borenstein but includes contributions from David Callaham, David S. Goyer, Drew Pearce, and Frank Darabont.

The film is a co-production between Legendary Pictures and Warner Bros. Pictures. It was distributed by Warner Bros. worldwide, except in Japan where it was distributed by Toho. It is the second Godzilla film to be fully filmed and produced by an American studio, the first being the 1998 film of the same name.[a] The project initially began in 2004 and was originally intended to be an IMAX short film titled, Godzilla 3D: To the Max, to be directed by Yoshimitsu Banno, director of Godzilla vs. Hedorah. After several years in development, the production was transferred to Legendary for development as a feature film. Producers Kenji Okuhira, Brian Rogers and director Banno were retained by Legendary. Shortly before filming began, several producers were dismissed from the production and a court case is ongoing between themselves and Legendary. The movie was filmed in the United States and Canada in 2013.
Godzilla was released worldwide in 2D, 3D and IMAX on May 15, 2014; in North America on May 16; with releases in China on June 13 and Japan on July 25, 2014. Critical reception for the film has been positive, with some praising the film for its slow pace and dramatic build-up, while others criticized the length of time before Godzilla’s appearance, as well as his on-screen duration and the fact that the film does not focus primarily on him; however, the direction, visual effects, music, and creature designs were positively received. Critics and fans have also praised director Edwards for honoring the spirit and legacy of the Godzilla character and franchise.[6]
Godzilla became an immediate box office success upon its release, earning $93.2 million during its U.S. premiere release and a worldwide estimate of $200 million on its opening weekend, the fourth highest for a 2014 film so far[7][8] and one of the best late-night openings for a non-sequel.[9] Godzilla has so far earned a total of $520,560,613 as of August 24, 2014 (domestic totals) and August 24, 2014 (International totals). Its box office success has prompted Legendary to proceed with sequels with Edwards confirmed to return as director for a planned trilogy, with the sequel targeted for a June 8, 2018 release.[10]

Meet TypingMaster Pro, the personal touch typing tutor that adapts to your unique needs. The program provides customized exercises and helpful feedback to guide you step by step to professional keyboarding. As a result your typing speed will increase significantly saving you a lot of valuable work time.
Adjusts to Your Progress
At every stage training is adjusted to your personal progress. Weak spots are pinpointed and rapidly eliminated with additional exercises. Thanks to this personal approach you can put your new skills into action after only 3 to 5 hours of training.
Optimal Learning Features :
Download :
Server 1
Server 2
File Size : 2.60 MB
File Type : .rar
Any problem???
Comment below !!!

This software helps you to get all Nero 7 serials and keys including :
Download Now :
Server 1
Server 2
Any Problem ???
Comment Below !!!

With Free+, you will get INSTANT free
recharge to your mobile just after completing
the offers. Everyday new offers are updated,
So that it helps you in earning more talk time.
Recharge your mobile or any other mobile in
India instantly for free.

Friends ,really a good app for those who want free recharges. Download this App And Get Free recharges by just downloading apps and just for opening the app daily :p

Free recharge is getting popular day by day. Everyone wants to save his money. You might have heard about Mcent, Earntalktime, Ladooo, etc applications which are also giving you free recharge just by downloading Android application.

This application will give you daily rewards for just opening your app daily.Cool right 🙂

Steps To Get Free Mobile Recharge-

1) You Must Have 2GB Free Space to make the game work !

2) Your conection must have stable Network when you download the Game Data !

This game test in Nokia X.
Thank You 🙂
Screen-Shots :